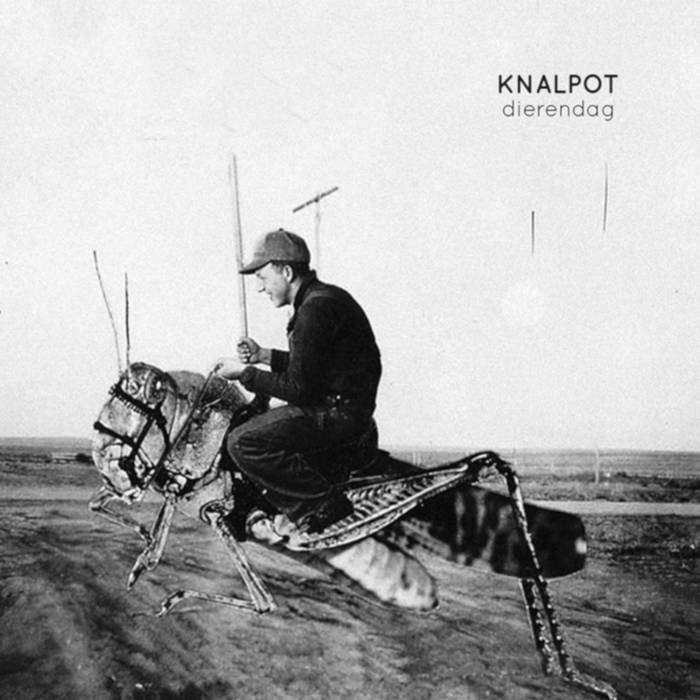 All tracks composed by Gerri Jäger and Raphael Vanoli.

This music was conceived with love for the 10th anniversary edition of the Satta Festival in Lithuania.

For bonus version of the track 'dierendag' go to www.knalpot.eu/bonus-track

“Even behind the most boneless moments you see an inventive collective that is in extraordinary control over instruments and effects.” (Enola, Guy Peters)

“It is amazing how much variation they create in their music. The energy seems inexhaustible.” (Gonzo(circus), Rene van Peer)

“It’s a great release that grows on you the more you play it.” (Louderthanwar, Richard Foster)

"Knalpot make sounds that would have made Vangelis or Jean-Michel Jarre compulsively do the knob twiddling." (skug.at, Frank Jödicke)

"Ultrarock" that's how Facebook describes the critically acclaimed duo KNALPOT from Amsterdam. With electro, dub, post-rock, ambient and jazz as main pillars, KNALPOT's sound always remains an utterly hybrid mix of many genres. The austrian/french/german duo from Amsterdam is one of the Netherlands most exciting live bands. ... more

Bandcamp Daily  your guide to the world of Bandcamp

Khruangbin and Greg Foat stop by with their amazing new LPs.